MHA experts have warned that earthquakes with a magnitude of 8.0 or more on the Richter scale are likely to hit the Himalayan region. 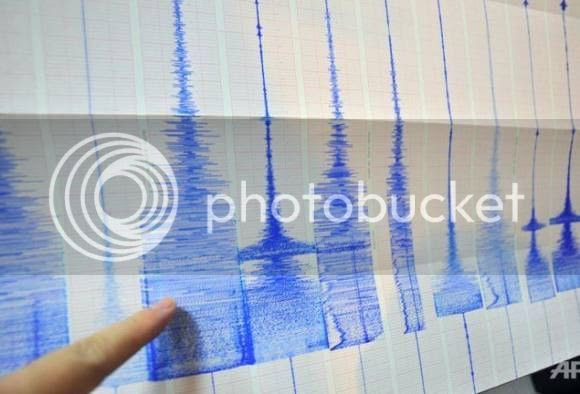 According to a Times of India report, expert say quakes with higher intensity than the one that struck Manipur on Monday are likely to rock the region in future. The tectonic shift a series of these recent earthquakes have caused in the region — Manipur 6.7 (Jan 2016), Nepal 7.3 (May 2015) and Sikkim 6.9 (2011) — have re-ruptured the plates that had already developed cracks during previous temblors. This has led to conditions which might trigger multiple earthquakes which may go up to 8.0 in magnitude.

Over the past 200 years there have been at least seven major earthquakes in the Himalayan belt – Nepal in 1803, 1833 and 1934; Shillong in 1897; Kangra in Himachal Pradesh in 1905; Assam in 1950; and Kashmir in 2005. In addition, earth scientists have been able to learn about historical earthquakes by using old or paleo-seismological evidences.

Speaking to TOI, NIDM director Santosh Kumar said the interconnected plates across Nepal, Bhutan, Myanmar and India pose a bigger danger, and predicted a disaster of bigger magnitude that awaits hill states and parts of Bihar, UP and even Delhi which fall under the second worst seismic Zone IV classification. The North-East and other hill states fall under severe seismic Zone V.

The report quotes Roger Bilham, the seismologist of University of Colorado and an authority on the subject, saying “the current conditions might trigger at least four earthquakes greater than 8.0 in magnitude. And if they delay, the strain accumulated during the centuries provokes more catastrophic mega earthquakes.”

During an earthquake, subsurface soil is liquefied because of a change in the ambient stress conditions. Evidence of this liquefaction and deformation of sediments caused by the earthquake is obtained by digging trenches and collecting soil/sediment samples. The organic matters like peat etc., found in these sediments, can be dated by radioactive carbon or cosmogenic isotopes to ascertain the time of occurrence of the quake. Using this technique it has been possible to infer the occurrences of major earthquakes in the Himalayas in 1125, 1400, 1505 and 1555.

The Himalayas are one of the youngest and most active mountain belts in the world. The range had resulted from the collision between India and Tibet (Eurasia) around 50 million years ago. The process of convergence continues today with the Indian plate diving beneath the Eurasian plate at a steady rate of ~2 cm/year.

Although the rate is very slow, the process has been continuing steadily over centuries, resulting in accumulation of stresses in subsurface rocks. Once the stress overcomes the frictional barrier within the rock, it ruptures (along a fault) and blocks on either side of the fault slips past each other in a flash, resulting in release of enormous energy.

Part of the energy gets converted into elastic waves, which in turn causes vibration that propagates through the ground. If the vibrations are strong enough, they can cause tremendous destruction. The whole of the Himalayas have several such faults. Our study suggests that the fault across which the current slips occurred is the Main Himalayan Thrust or MHT.

Note: The above news article was written by ABP(Ananda Bazar Patrika) News.
Posted by Yashvir Singh at 09:01 No comments:

So, now writing about each key points:

1. Energy: Unlike velocity, acceleration, force, and momentum, the kinetic energy of an object is completely described by magnitude alone. Like work and potential energy, the standard metric unit of measurement for kinetic energy is the Joule. As might be implied by the above equation, 1 Joule is equivalent to 1 kg*(m/s)^2.

3. Vibration: Vibration is a mechanical phenomenon whereby oscillations occur about an equilibrium point. The word comes from Latin vibrationem ("shaking, brandishing") The oscillations may be periodic, such as the motion of a pendulum—or random, such as the movement of a tire on a gravel road.

Vibration can be desirable: for example, the motion of a tuning fork, the reed in a woodwind instrument or harmonica, a mobile phone, or the cone of a loudspeaker.
In many cases, however, vibration is undesirable, wasting energy and creating unwanted sound. For example, the vibrational motions of engines, electric motors, or any mechanical device in operation are typically unwanted. Such vibrations could be caused by imbalances in the rotating parts, uneven friction, or the meshing of gear teeth. Careful designs usually minimize unwanted vibrations.
The studies of sound and vibration are closely related. Sound, or pressure waves, are generated by vibrating structures (e.g. vocal cords); these pressure waves can also induce the vibration of structures (e.g. ear drum). Hence, attempts to reduce noise are often related to issues of vibration.

Posted by Yashvir Singh at 13:45 No comments: