Tea, is never a Satvik drink

Tea, from recent times has become so necessarily important in early morning, in all of peoples life in todays time, that most of them consider it as a part of their life. The, publicity of Tea, to say happened more after the invasion of Britishers in [Bharat(India) in 1612] and it's the true fact that the commercial production of Tea, was then did after their invasion.
As, Satvik means pure from many aspects(According to Ayurveda). So, it(Tea) is not Satvik as it is processed various times, with harmful results in the end for average humans. 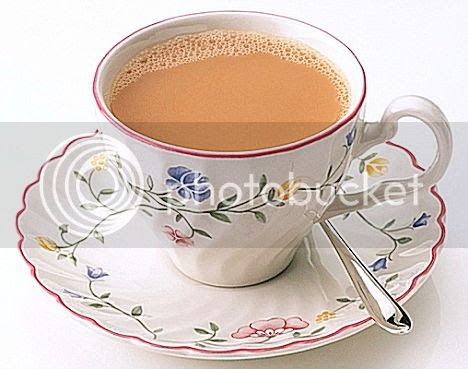 It, can read about this production of Tea at massive scale during their rule in India (1612-1947).
Now, comes the harm side of Tea, including the milk tea. All, of it does, no great work for humans. We, all will be aware of the fact that it does cantain caffein.And, to telll it is no good, as it stimulates the whole natural process of digestive system in us. Thus, in turn aggravating in some and i'am in no doubt to say that inflammation in digestive tract and nearby organs is caused due to it.
I, would conclude that those who are addicted to drinking Tea, should gradually stop drinking it. Because, to say simply it does cause inflammation within bodies. So, all of you reading this should stop drinking it as, soon a possible.
So, finally to conclude here. It's all about Acidity and Alkalinity, you tend to approach towards Acidic nature, if you follow Tea. At, the same time, you create more Alkaline environment in you. If, you stay away from Tea. Don't, get misleaded by the World, that you are meant to drink it.
*Green tea, in natural form not processed is always good.
Posted by Yashvir Singh at 17:29