From, 8th March 2014 flight M370 is missing and many assumptions to its disappearance has been made since then. 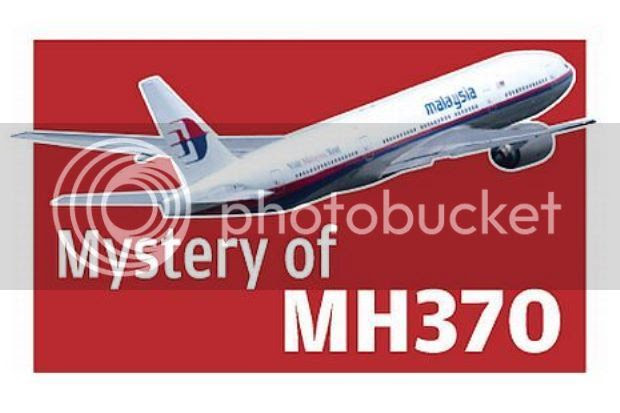 Though, its really sad that all passengers are missing. But, this incident to some extent can be correlated with 9/11 attack, which by now i think most net surfers understand that it was an inside job of United States, itself. As, even Russia disclosed this FACT of 9/11. Many, new findings have been made by different nations who are deeply investigating this mishap.
Just, right from beginning, many possibilities were put forwarwd, to name some in short, they were:
1. Plane got exploded in mid aid.
2. Some, said it could be hijacked.
3. To, justify their investigation, the concerned departments even had almost finalized to words, saying that they found debris in the Indian Ocean.

As, shown in this image: 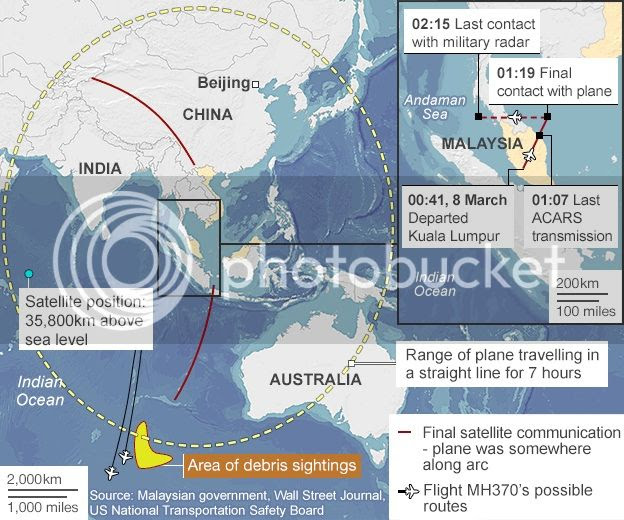 But, now Russian media outlet MK.ru had reported that the flight is safe and currently is in Kandahar, Afganistan. This, is what this website says. According to MK.ru plane was initially hijacked by unknown people. Due, to emergency landing the plane landed in Kandahar region.
So, various kinds of stories are being made for this missing plane. We, all should now expect for that, there should not be any conspiracy behind this missing flight, as much we try not to but still our thoughts do get surrounded with doubts regarding this flight.
As, earlier said we cannot rule out the possibility that the disappearance of Malaysian Flight MH370 can be a conspiracy set by the dominating nations. With, which they may lead to emergence of a new terrorist group in the world. Because, if scientists at NASA can search for planets, galaxies trillions of light years away, then why they can't track this plane till now ?
Let's all hope, for the truth come out soon.