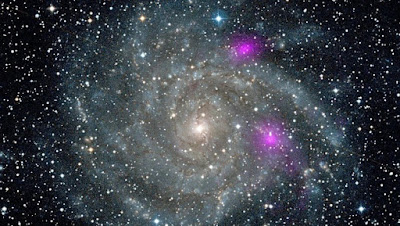 Those hungry, all devouring black holes may in fact be much more generous than we have been led to believe.
Black holes are often given bad press. This, however, is not indicative to their true nature, which is in fact quite stable. A team of scientists are now looking to do away with all the bad press and have proposed that black holes are in fact life givers.
Traditionally when thinking about life in the universe – other than our own – we look to stars and something known as the Goldilocks zone. Like its namesake, the Goldilocks zone is not too hot and not too cold – it’s just right. That is, the temperature is just right for liquid water and thus life to exist. Albeit, these assumptions about what is just right for life to exist are just that –assumptions – based on what we know as life.
It is now known that the central nuclei of galaxies are home to a super massive black hole. The gas surrounding the central black hole is thus very luminous and, in some cases, can be more luminous than the rest of the galactic light. Such luminous galactic nuclei are known as Active Galactic Nuclei (AGN). As well as being luminous, they are known for emitting at the high energy range, creating so-called ‘dead zones’ of radiation.
Three Harvard scientists – Manasvi Lingam, Idan Ginsburg and Shmuel Bialy – wanted to investigate just how detrimental this radiation is. Modelling the effects of the AGN’s radiative field, they were able to compute a galactic Goldilocks zone around the central black hole. Like the traditional Goldilocks zone around stars, any planets in this zone would be conducive to life. In fact, they found that not only would the planet’s atmosphere be unscathed, but as well the radiation would mediate prebiotic synthesis of biomolecular building blocks.

From a unified science perspective, where matter emerges from the granular Planck scale structure of space time, this same ‘black hole’ dynamic exists in stars. So, the idea that a black hole should also be conducive to life comes as no surprise. This new research into black holes as life givers will hopefully lead to new insights and a better understanding of the key processes involved in galactic evolution, planetary and solar system formation, and indeed life.
Article: https://www.sciencealert.com/radiation-from-black-holes-may-create-life-harvard-study-suggests
Posted by Yashvir Singh at 07:28