We, all experience different Auras

By, defination Aura can be said as, in parapsychology and many forms of spiritual practice, an aura is a field of subtle, luminous radiation surrounding a person or object. The depiction of such an aura often connotes a person of particular power or holiness. Source: Wikipedia
Now, accordingly to feel or experience an Aura, all depends upon how you understand it. Whether you are more interested in understanding spiritual subjects or not. What, i wanted to share about Aura, is something different from what rest of the articles about this on internet says. It, is very well explained in the diagram shown.
What, it says is that each person does have an Aura field around them. To, understand in more simplified manner.
When, a person walks on its path. That, person will always pass by the other person on its path in a curve path, to what we may even say as etiquettes or good manners in normal terms. 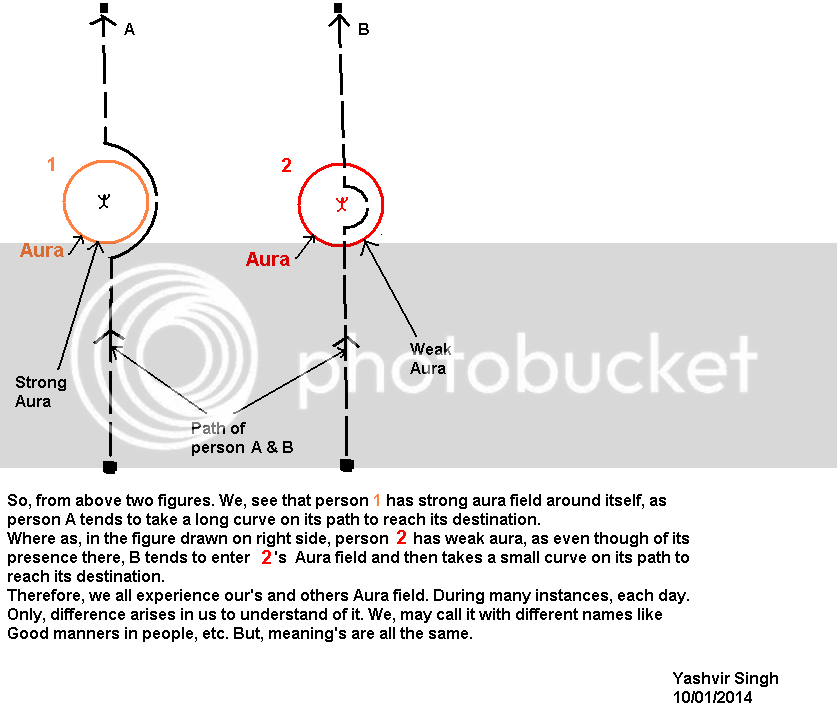 So, this power that unknowingly or unintentionally makes this person to take a curve path, while passing by the other person is in itself the Aura Field of the person already standing. Now, sometimes as shown in the image the aura field can be not that much in power. During, this time the person already on its path crosses the Aura field of person standing. Which, shows the person in near static position has weak Aura. But, sometimes the Aura field can be from both the persons, which always leads to positive results for both the persons. 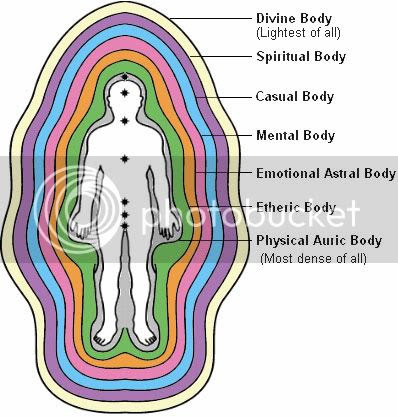 Aura chakras Image source
Now, here again i would conclude by summing up all the above in one word as, Social Aura as this aura field, i had discussed for our day to day happening's.
I, hope after reading this you would have understood, what different view of Aura i wanted to share. If, not you should again go through it. But, do understand it and attain the thought process frequency with which it was written.
Posted by Yashvir Singh at 18:03